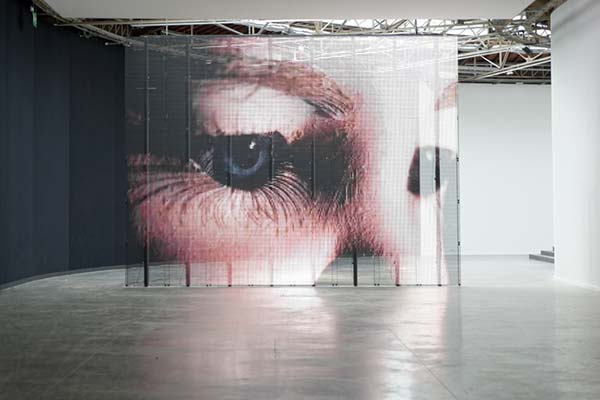 When the Palais de Tokyo reopened in 2012 after several years of restoration, its new director Jean de Loisy decided to hand the entire space of 22,000 square meters to a single artist, as a way to experiment with the notion and format of exhibitions. It is hardly surprising that the ﬁrst carte blanche invitation was handed to Philippe Parreno. The French contemporary artist has dedicated the past twenty years to scrutinizing how art meets its audience. Through an array of media including ﬁlm, sculpture, drawing, and text, he tends to view an exhibition as a work of art in itself. For him, what is most important are the ensemble relations between the objects in the space, rather than their individual artistic ‘aura’. The result is the multi-disciplinary exhibition ‘Anywhere, Anywhere Out of the World’.

As in many of his exhibitions, ‘Anywhere, Anywhere Out of the World’ is orchestrated along the lines of a precise musical score. And here, the score is Igor Stravinsky's Petrushka, performed by the virtuoso pianist Mikhail Rudy and automatically replayed on four Disklavier pianos dotted through the exhibition. Like a beating heart, the music sets rhythms for the whole exhibition. It starts the projection of Fleurs (1987), announces that of Marilyn (2012), accompanies the ﬂickering of Marquee (2006), and again turns the automated doors into a mechanic ballet. As his works become animated, the space is rendered a quasi-living

organism, expanding and changing with every breath and turn. Parreno has always been fascinated by the ideas of puppetry and automatronic movement, which are most evident in the original story of Petrushka, in which a magician creates three puppets and eventually burns one of them, Petrushka, whose response Parreno sums up as follows: ‘Now that you have killed me, I am alive.’ [W.1] Mimicking the power of the magician, Parreno has conjured up an automaton from the very exhibition itself.

Petrushka is but one more ghost in Parreno's gigantic machine. In No Ghost Just a Shell (1999 – 2003), a collaborative project initiated by Philippe Parreno and Pierre Huyghe, the two French artists raised several ‘melancholy’ humanitarian questions around the life of a digital marionette Annlee. In 1999, they acquired the copyright for a ﬁgure they later named Annlee from the Japanese agency Kworks, which develops ﬁgures for cartoons, comic strips, advertising and video games of the booming Japanese Manga industry. Annlee was a cheap model: the price of a Manga ﬁgure depends on the complexity of its character traits and thus its ability to adapt to a story-line and survive several episodes. As Annlee had no particular qualities, she would have disappeared from the scene very quickly. Buying Annlee rescued her from an industry that had condemned her to death. [W.2] 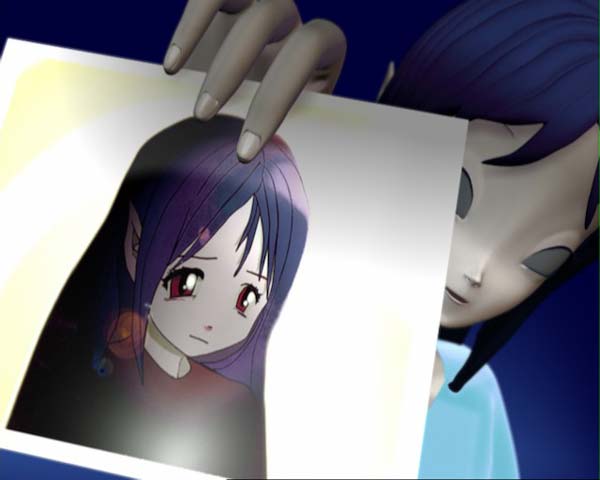 The two artists subsequently lifted all copyrights from Annlee, inviting their fellow artists to create several ﬁlms that imbued the character with new life. The artists who did included Liam Gillick, Dominique Gonzales-Foerster, Francois Curlet, Melik Ohanian and Rirkrit Tiravanija, to name a few. Each of these artists conceptualized her in the French surrealist tradition of the ‘exquisite corpse’, and ﬁlled her empty shell with multiple voices and a wardrobe of personalities. Annlee thereby became the sign of a collectivity. In 2002, Parreno and Huyghe decided to ﬁnalize the project by handing over Annlee’s image rights to Annlee herself. They established a corporation named ANNLEE, granted ownership of the Annlee image to this entity, and then forbade the production of any new Annlees beyond the existing representations. Critic Marcia Tanner designates it a ‘death warrant.’ [P.1] Paradoxically, it also gives her freedom since ‘The acquisition of ANNLEE is part of an artistic project that consists in liberating a ﬁctional character from the realm of representation.’ [W.3]

In December 2002, Parreno and Huyghe staged the deiﬁcation of Annlee at the Art Basel Miami Beach art fair, where she literally went out in a blaze of glory: an outline of her waiﬂike melancholy face was ‘drawn’ using ﬁreworks that burned into the night sky before dissipating into nothingness. In this way, Annlee bade her ﬁnal farewell by consuming her own image; the death of the character in the project, the passing of the shell Annlee, now marked the persona’s new role in her transition from being an object of use to being a subject itself. 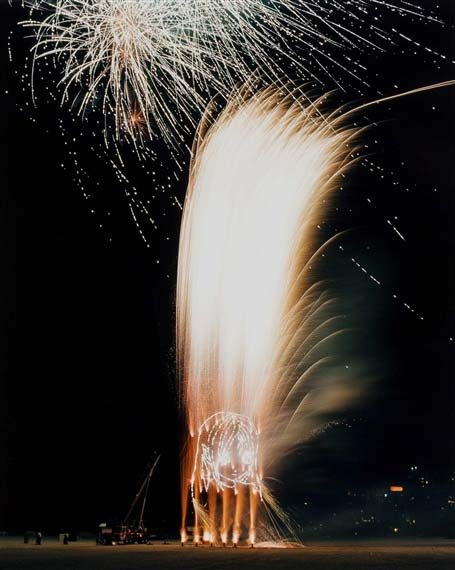 Time and time again, the questions of subject-object relationships have featured prominently in many of Philippe Parreno’s exhibitions. In his 2014 solo exhibition ‘quasi-objects’ at the Esther Schipper gallery in Berlin, for instance, Parreno began to place his works within the philosophical framework of ‘quasi-objects’, a term coined by French philosopher Michel Serres to describe objects which are endowed with a quasi-agency. As Serres writes in his chapter ‘The Theory of the Quasi-Object,’ in The Parasite:

The quasi-object is an object that is neither quite natural nor quite social. Its existence depends on its interaction with a subject who, through his or her relationship to the quasiobject, is also transformed. The most cogent example of this that Serres gives is that of the ball in a game of sport: ‘the ball isn’t there for the body – the exact contrary is true: the body is the object of the ball; the subject moves around this sun.’ [P.2] The curious power of the quasi-object then is that it redeﬁnes the bodies it comes into contact with: the player who holds the ball momentarily transforms into a subject. Through constantly passing and redeﬁning its subjects, the ball also marks the community of players in the game. The ball is therefore a key factor in why the players are brought together in the way they are and why their relations constantly shift. And this is also why, as Serres puts it, ‘the ball is no less a quasi-subject than a quasi-object.’

[P.2] In Parreno’s reading, the quasi-objects in the exhibition achieve their meaning only through the context, through being part of the artist’s temporalised space. As he said, ‘There can be any kind of quasi-objects. I just have to add them to my ‘basket’ of quasi-objects.’ [W.4] The solo exhibition consists entirely of previous works by the artist, dating back to 1992’s My Room is a Fishbowl. But the exhibition feels completely unlike a retrospective: instead of arranging his works chronologically, Parreno imagines the pieces as existing on a ﬂattened time plane, each work a contemporary of the others. [W.5] Each work, in transforming from  object to ‘quasi-object’, momentarily abandons its own history and identity, and enters into the community of the exhibition.

The installation Quasi Objects: My Room is a Fish Bowl, AC/DC snakes, happy ending, il tempo del Postino, Opalescent acrylic glass podium, Disklavier Piano (2014) is the exhibition’s key piece. As the title suggests, each element in this work refers to an important early exhibition in which one of the ‘quasi-objects’ was included: the self-playing Disklavier piano featured in the exhibition ‘Anywhere, Anywhere Out of the World’, for instance, is now placed alone on an illuminated glass podium, striking the contorted triads of Franz Liszt’s Nuages Gris (Grey Clouds, 1881). Based on a timing synchronization system, Liszt’s composition is continuously altered by two cellular automata – John Conway’s ‘Game of Life’ and Brian Silverman’s ‘Brian’s Brain’ – which also command a cluster of ﬂickering light bulbs, Marquee (cluster) (2014). In contrast to the technical precision of the algorithms, ten or so brightly colored ﬁsh balloons ﬂoat slowly and aimlessly around the Disklavier, completely ignoring the nuances of the computer system in operation. Like all the other ‘quasi-objects’ in the exhibition, the ﬁsh balloons are ‘self-aware, automatic and nearly indifferent to their viewers, as if they’ve developed feelings but not yet learned what to do with them.’ [W.6] 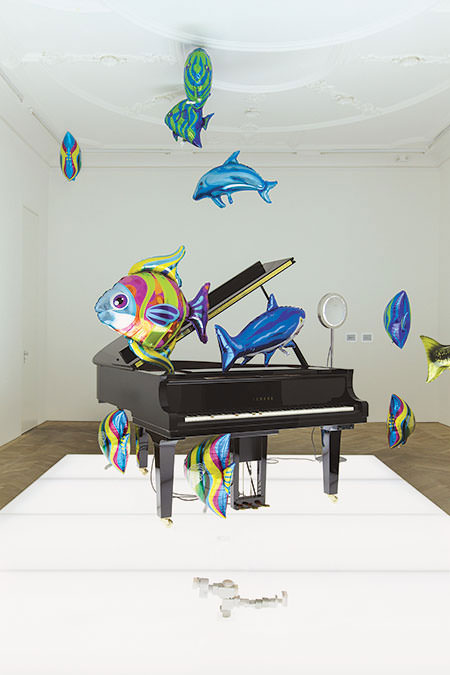 The AC/DC Snakes, ﬁrst created in 1995 for the exhibition ‘Snow Dancing’, are another component of the installation. The works consist in each case of over a dozen adapters from all over the world, plugged into one another and terminating in orange nightlights. Together they make manifest something that would otherwise remain hidden: the invisible ﬂows of electrical current that allow us to communicate globally and which make our electronic exchanges compatible. With their ‘hyper-connected,’ near-sculptural shapes, these commonlife objects have therefore become a possible counterpart in communications themselves. In creating their own web of connections, they perfectly illustrate what Serres calls ‘the construction of the collective.’ [P.3] 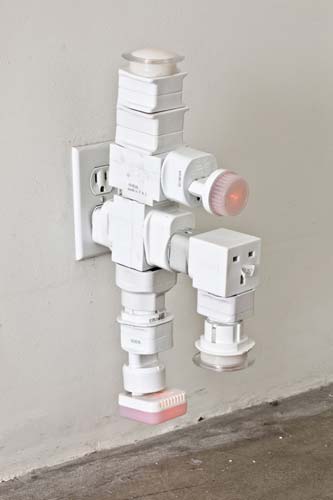 The domain of quasi-objects, of course, does not end here. Monies, technologies, cultures, and natural resources can all come to function as quasi-objects. They affect our behavior in a variety of ways and constantly conﬁgure and reconﬁgure our relations with each other. [W.7] In fact, Philippe Parreno’s works also mirror developments in the wider world of human and machine interaction, one of which is the so-called ‘Fourth Industrial Revolution’: the Internet of Things (IoT). It will equip daily objects and household appliances with virtual representations linked together in an internet-like structure. By 2020, there will be nearly 26 billion devices on the IoT – that is, 26 billion talking toasters, probably equipped with endearing interfaces. [W.8] In recent years, the art world has seen an immense impact as a result of this technological revolution, with artists like Kasia Molga and Naho Matsuda creating imaginative interfaces and open infrastructures in response to, and in collaboration with, new tech products and data systems. [W.9] Giving visibility to both the capabilities and the consequences of these systems, their works enable people to understand and experience potential future scenarios. 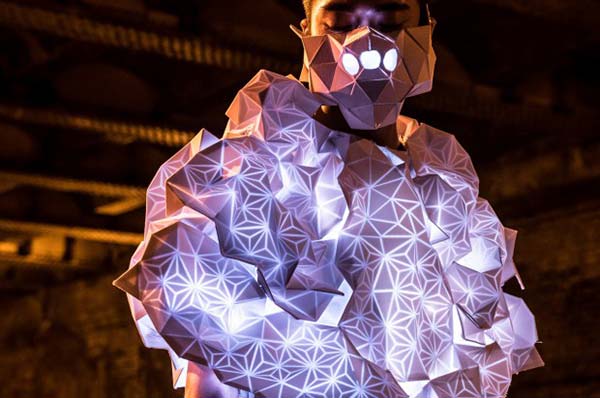 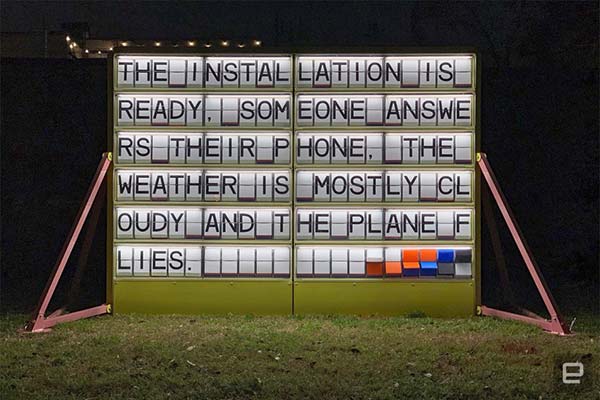 Naho Matsuda, every thing every time, 2017, Data poetry installation. Courtesy of the artist.

But is this digital future really as bright as it seems? Now, together with this new ontology of IoT comes the notion of animism – the idea that objects and other nonhuman entities possess a soul, life force, and qualities of personhood – which is evident in the way we talk to our cars and smart phones, and expect that they will reply instantaneously. One can also deﬁne such animism as a transfer of volition from the animate to the inanimate, through which life and liveliness shift from increasingly inert human bodies to increasingly energetic and inventive things. [W.8] In his 1993 book, We Have Never Been Modern, Bruno Latour clearly anticipated this situation: ‘All the sciences (natural and social) are now mobilized to turn the human into so many puppets manipulated by objective forces– which only the natural or social scientists happen to know.’ [P.4] In an age of rebellious chatbots and dreaming computers, this ‘object turn’ can lead to deeper concerns – we couldn’t help but wonder if the rising power of artiﬁcial intelligence eventually means good news for ourselves.

Finally, let’s return to the case of the digital marionette Annlee. The original story, created by Shirow Masamune (1989), had been about a female cyborg named Motoko Kusanagi in a  futuristic Japan. In the dystopian tale, the character had ﬂoated around in a world that is ‘made borderless by the Net’:

The secret agent of the future is a non-human entity without physical body that freely travels the information superhighways – until it decides that it is a life form in its own right and requests physical existence. While we may not yet be ghosts in a shell, the futuristic scenario of Shirow’s manga and the issues addressed in Parreno’s and Huyghe’s work point to several of the key questions that have been raised by the Internet and its use as an art medium. [P.5]

The cyborg, as well as some other quasi-objects, now claims its own agency. Whether we like it or not, we no longer live in a Copernican world where objects are merely tools or slaves for men. With his highly complex, near-post-human works, Parreno is allowing us a glimpse into how our interactions and engagement with bots, algorithms and AI is shaping a new format of artistic creation, while also leading to a deep, philosophical openness to states of being outside the parameters of being human.